Главная / Без рубрики / About 3 thousand people have already visited «Armenia: The Legend of Being» exhibit

About 3 thousand people have already visited «Armenia: The Legend of Being» exhibit 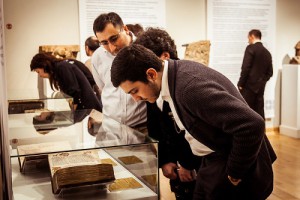 On 11 March, the State Historical Museum of Russia hosted the official opening ceremony of the new exhibition named “Armenia: The legend of Being”. The Museum press service reports that within these two weeks 2963 visitors has already attended the exhibition.

More than 160 unique exhibits have been brought to Moscow from the three leading museums of Armenia: the State History Museum, the Museums of Mother See of Holy Etchmiadzin and the Institute of ancient manuscripts Matenadaran. A separate area of the exhibition is dedicated to series of photographs depicting the Armenian Genocide in the Ottoman Empire. 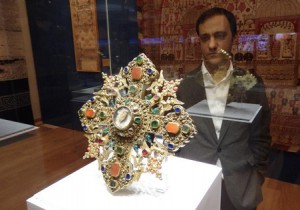 “The exhibition goes well; we can already say that it‘s successful. The audience is absolutely different: there are those who know about the Armenian Genocide, and those for whom we need to talk about this page of history. A lot of students and older people are visiting the exhibit,” told RUSARMINFO the Museum press-service.

The exhibition named “Armenia: The legend of Being” will run until June 13.