Главная / Без рубрики / Opinion: «All Christians worldwide should respond to Erdogan’s decision to turn Hagia Sophia into a mosque» 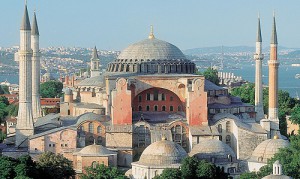 The Turkish Ministry of Foreign Affairs in response to the condemnation of Greece on Erdogan’s decision to assign the Hagia Sophia in Istanbul with the status of mosque issued a statement, accusing official Athens of Islamophobia.

To the Turkish government’s decision to carry out Muslim rites in the UNESCO World Heritage monument must respond not only Greece, but also all countries in the world, says Victor Nadein-Rayevski, senior researcher at the Institute of World Economy and International Relations, the Russian Academy of Sciences. 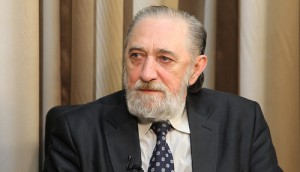 “First of all, the Orthodox countries of the world should take necessary steps, as the Hagia Sophia historically belonged to the Orthodox Church. Of course, the Catholic Church should show solidarity. In addition, the condemnation of Erdogan’s decision by the two rival Christian confessions for many years is a good occasion to bring together these churches,” told RUSARMINFO Victor Nadein-Rayevski.

According to the expert, the Turkish leader’s step is part of his policy of Islamization of the country aimed at strengthening his dictatorship. Thus, Erdogan actually returns the country to the Ottoman past.

“There can’t be talks on Turkey’s accession into the EU after such actions. Turkey does not correspond to the European requirements. This country increasingly backs to the medieval past, and this relates to the governance and many other issues,” said Victor Nadein-Rayevski. 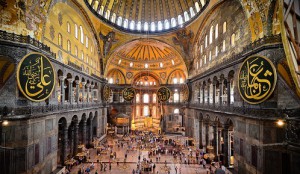 Earlier, Turkish President Recep Tayyip Erdogan announced about the Qoran readings in the Hagia Sophia during each day of the Muslim month of Ramadan. On June 6, for the first time in 80 years, a Turkish imam held a preaching ceremony in the Byzantine Cathedral. The whole ceremony was broadcasted by the state television.

The Hagia Sophia is a world-famous monument of the Byzantine architecture: it was built in the IVth century as an Orthodox church. In the XVth century because of Islamization it was converted into a mosque. Since 1935 the Sofia cathedral has been acting as a museum. In 1985, the Cathedral was included in the UNESCO World Heritage List.