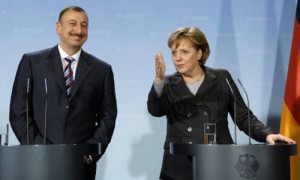 On June 6, Azerbaijani President Ilham Aliyev arrived on a working visit to Germany.

Aliyev’s visit to Berlin is connected with the recent decision of the German Bundestag on the recognition of the Armenian Genocide, says Alexey Martynov, head of the International Institute of the Newest States.

“The decision of the parliamentarians of the leading EU country principally affects the entire array of relations within the Union, including Azerbaijan and its relations with those countries,» told RUSARMINFO Alexey Martynov. 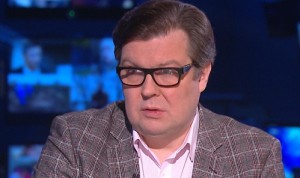 According to the expert, Ilham Aliyev arrived in Berlin to understand what the new reality is in regards to his country, but Aliyev won’t even try to mediate between Erdogan and Merkel, as now “the least of his worries are addressed to the Turkish question”.

«The fact that Baku supported Ankara in condemning the decision of the Bundestag means only one thing: Aliyev and all the Azerbaijani elite is so dependent on Turkey, that they have to go on about the Turkish ambitions even against sound logic and history, making for themselves economic and political problems,” said Alexey Martynov.

On June 2, the German Bundestag adopted a resolution recognizing and condemning the Armenian Genocide of 1915. The majority of deputies voted “for”, one MP — “against”, one abstained. Azerbaijan was the only state to support Turkey in condemning the decision of the German parliament: Baku called the resolution a biased and prejudiced.