RISS Deputy Director: Armenia is an experimental ground for EU 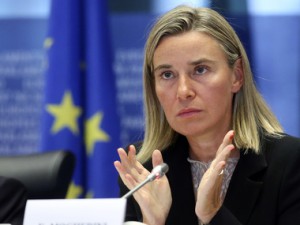 Head of the EU Delegation to Armenia, Ambassador Peter Switalski has announced that High Representative of the European Union for Foreign Affairs and Security Policy Federica Mogherini will visit Armenia in the near future. Mogerini’s visit suggests that the EU hasn’t quitted its plans on closer co-operation and involvement of the post-Soviet countries in the sphere of their interests, — says Tamara Guzenkova, deputy director of the Russian Institute for Strategic Studies. “The EU considers Armenia as a testing ground to establish constructive relations with the Eurasian Union and, in particular, with Russia,” told RUSARMINFO Tamara Guzenkova. 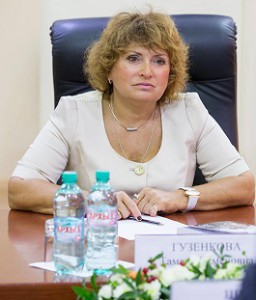 In Armenia they are practicing the technologies that will allow the Eurasian Union member countries to work closely with the EU. “This is an important landmark project, which may have a certain perspective. Based on the Armenian material they can work out other mechanisms and algorithms of cooperation in non-conflict environment with the new integration association,” stressed Guzenkova. According to her, the European Union is very cold political and economic structure led by its own interests only, and if the lessons of the Kiev Maidan haven’t become useful for the bureaucracy of Brussels, then the EU will not only focus on the economic side of cooperation. This is not desirable, because Armenia is in many respects a very vulnerable country and to undermine the situation will be a crime. For Armenia, it is now important to demonstrate a sober cold calculation, which has to look through the future of the Armenian economy and society. In 2013 Yerevan didn’t sign the agreement on association and free trade zone with the EU, since the state authorities had already declared their intention to join the Customs Union and take part in the Eurasian integration project. On January 2, 2015 Armenia became a full member of the Eurasian Economic Union.