Armenian to be the most popular language among Muscovites 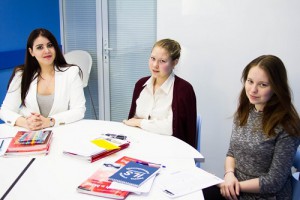 “The School of Neighbors’ Languages” is a non-profit educational project initiated by the Public Diplomacy Fund named after A. Gorchakov. Starting on February 1, 2016 the program offers free-of-charge courses of the CIS countries’ national languages. According to project coordinator Veronika Sergeyeva, the number of those willing to learn one of the languages ​​of the CIS countries is large enough. “The project has proved to be popular. We have received about 750 applications, of which we have to select a total of 120 people and divide them into 12 language groups,” told RUSARMINFO Veronica Sergeyeva. The main criterion for selection of students is their professional need in regards to the chosen language. 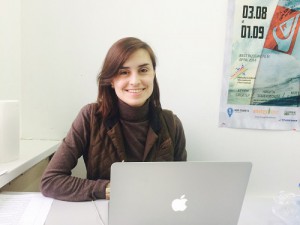 “We are interested in people who have ideas, business or research projects related to these countries. The main objective of the project is to build horizontal relations between Russia and the CIS,” explained the project coordinator. According to her, the most popular language has appeared to be Armenian. Those wishing to study the Armenian language comprise more than 30% of all applicants; this means that 225 people have expressed the desire to learn Armenian. “Everything is ready to commence the language courses. The study program is developed based on the author programs of leading Russian linguists. They are mainly specialists with PhD from the Moscow State University, Moscow State Linguistic University, MGIMO, and the National Cultural Centre of Ukraine in Moscow,” concluded Veronica Sergeyeva. The School of Neighbor’s’ Languages announced an application call in December of 2015. The projects offers the following language courses: Armenian, Azerbaijani, Belarusian, Moldovan (Romanian), Kazakh, Kyrgyz, Uzbek, Tajik, Turkmen, and Ukrainian. The classes will be held in the venues of the Nekrasov, Griboyedov, Dostoevsky, and Turgenev libraries on weekdays from 19.00 to 21.00.