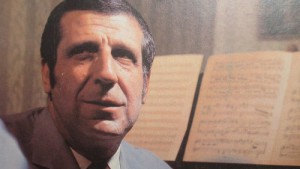 People’s Artist of the USSR, composer, pianist, teacher, and great son of Armenian people Arno Babajanyan today would have turned 95 years old. The talent of Arno Babajanyan was not the result of hard work, he was gifted by nature. Nevertheless, his hard work also used to surprise the colleagues. He was an amazing and spontaneous person, even distinguished by the fact that his date of birth — January 22, was fictional, — told RUSARMINFO Ara Babajanyan, the composer’s son. “January 21 is my father’s real birthday. Since this day coincided with the date of death of the Soviet peoples’ leader, Vladimir Lenin, my grandfather decided to change his son’s date of birth. All the official documents report that my father was born on January 22,” said Ara Babajanyan. Arno Babajanyan himself, according to his son, was full of humor in regards to this situation, celebrating his birthday on January 22 in a narrow circle of relatives and close friends. Maestro, of course, lived by music, but he also had other interests. 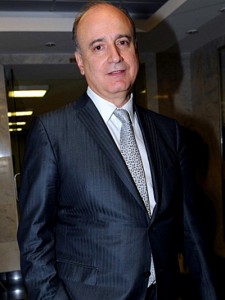 “He was interested in volleyball, soccer, and table tennis. I remember we used to go to hockey and football matches. Dad also loved to draw. He once at one point started painting and wrote several works. They are kept at home,” noted Ara Babajanyan. According to the composer’s son, Arno Babajanyan was a very sociable and democratic person, who could easily communicate both with a vehicle mechanic and the well-known Soviet composers and writers. Robert Rozhdestvensky, Yevgeny Yevtushenko, Andrey Voznesensky, and other famous colleagues held friendly ties with Arno Babajanyan throughout the life. They always spoke warmly and joked a lot. “To his fortieth anniversary Dad invited Yevgeny Yevtushenko. My father then lived in the House of Writers in Georgia. Yevtushenko arrived before the rest of the guests, and my father decided to play a new melody to him. His friends bet on a bottle of cognac that by the end of the evening Yevtushenko would have written words on the melody. And he did it!” remembered Ara Babajanyan. 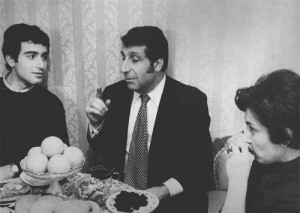 After just a couple of months, the famous hit “Do not hurry”, written on the birthday of Babajanyan and performed by Muslim Magamaev, resounded from all the steamers in the Crimea. “In his music, my father laid a lot of feelings and emotions. That is why even today the central TV channels stream his songs, though more than a quarter century has passed,” noted Ara Babajanyan. People’s Artist of the USSR Arno Babajanyan wrote the music for such famous songs as “The Queen of Beauty”, “The Blue Taiga”, “The best city in the world”, “Be with me” and others. All of them have become immortal hits of the Soviet Union and formed the musical tastes of several generations. The maestro passed away on November 11, 1983 in Yerevan, where he was buried.