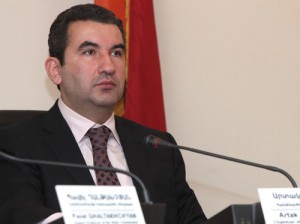 Chairman of the State Commission for Protection of Economic Competition of Armenia (SCPEC) Artak Shaboyan told reporters that over the past year in Armenia the price of gasoline had fallen from 470 to 410 drams (about 13%). According to the official, the share of oil in the petrol imported to Armenia from Russia amounts to 7 per cent only, so the price of gasoline in Armenia has decreased despite the drop in oil prices. Logically, when the fall of oil prices should drop the price of gasoline, but the price of Russian fuel does not fall, because the share of oil in the Russian petrol is small, — says Eldar Kasaev, a member of the Expert Council of the Union of Oil and Gas Producers of Russia, Orientalist.