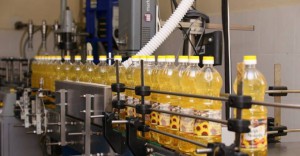 Armenia can establish the supply of vegetable oil to Iraq, succeeding in this Turkish producers.

After sending the Turkish troops to the north of Iraq, the relations between the two countries have become strained. In this regard, the Iraqi government has expressed its unwillingness to cooperate with Turkey.

The press service of the government of Iraq reports that the country’s trade minister Mohammed al-Sudani Shea earlier discussed with Armenian ambassador to Baghdad Karen Grigoryan the issue of the import of oil from Armenia.

The vegetable oil is a special product in Iraq. The local government as a social support distributes it to the population for free. For several years Turkey fully covered the vegetable oil market in Iraq.

It should be noted that in 2013 Armenia saw an explosion of vegetable oil production: 4,5 thousand tons of production, which is twice more than in 2012. In addition to the domestic production, Armenia imports also vegetable oil from Russia, Ukraine and Italy.