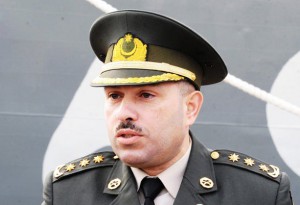 The spokesman for the Ministry of Defense of Azerbaijan, Vagif Dargyahly, made a threat against Armenia, promising «every day to send from Nagorno-Karabakh to Armenia the coffins of soldiers», reports “Interfax-Azerbaijan”.

Armenia should not give importance to these statements, which put a big question mark over the level of diplomacy of Azerbaijan, — says Ajdar Kurtov, editor-in-chief of the RISI “Problems of National Strategy” journal.

“The Armenian side has the full right to use this statement of the Ministry of Defense of Azerbaijan as a reasoning of its position on the various negotiations dedicated to the settlement of the Nagorno-Karabakh problem,” — told RUSARMINFO Ajdar Kurtov. 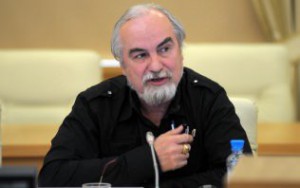 The Russian expert says that Armenia should also bring to the attention of all interested states the information that there’s a Caucasus country willing to ignite flames of a new war.

“The non-extinguished situation in the Middle East is enough. And if someone wants more human victims, in their expression, more coffins, then, perhaps, it is not the best way to characterize the position of the country,” mentioned Ajdar Kurtov.

The Azerbaijani leadership is not fulfilling its obligations as a member of the UN, CIS and Non-Aligned Movement, — stresses Ajdar Kurtov, noting that all these organizations are based on the fundamental principles of peaceful settlement of any conflict. 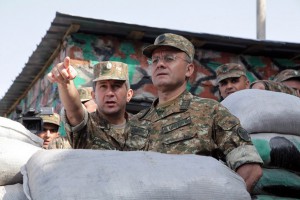 Note: Since the beginning of December 2015 the situation in the zone of Karabakh conflict sharply has escalated. Only on the contact line between the NKR Defense Army and Azerbaijani armed forces were recorded over 1,500 ceasefire violations by the Azerbaijani side. The Azerbaijani armed forces fired more than 28,000 shots using different caliber weapons. Since the signing of the armistice, Azerbaijan for the first time ever has used heavy equipment, including tanks and howitzers. According to the NKR Defense Army, about 50 Azerbaijani soldiers were affected as a result of Baku’s provocations, of which 15 — killed, the others with injuries of varying severity were hospitalized.