Turkish tangerines broke through blockade: Igor Abakumov on how Georgia benefits from Russia’s relations with Turkey

The Russian Federal Service for Veterinary and Phytosanitary Surveillance (Rosselkhoznadzor) has found a Turkish label on the «Georgian» tangerines. As reported by the press service of the governmental body, the Rosselkhoznadzor staff for the Stavropol region identified the Turkish marking on the tangerines imported from Georgia.

This is a common example of the re-export of products, which indicates the «honesty» of the Georgian counterparties, — says Igor Abakumov, head of the organizing committee of the Association of Agricultural Journalists of Russia. «Georgia has decided to capitalize on the food war commenced with Turkey. Belarus used to make money like this, but Russia began to burn and destroy by tractors the banned products,» told RUSARMINFO Igor Abakumov. 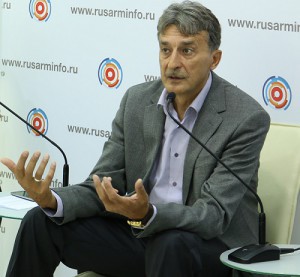 In such cases, according to the expert, the goods are either sent back at the supplier’s expense or destroyed at the border. «If such cases are fixed in the future as well, then, probably, those tangerines will be destroyed at the border. It is a common international norm, and nothing can be surprising in this. Though in Russia people think that destroying food is immoral,» added Igor Abakumov.

According to the expert, it’s also necessary to check which Russian importing companies buy such goods, as there is no doubt that they are aware about the origin of these tangerines.

Note: After the destruction of the Russian Su-24 plane by the Turkish Air Force, Moscow imposed a ban on the import of products from Turkey. The list of prohibited goods includes meat products, fruits and vegetables, seafood.