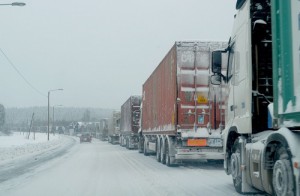 In the last month of 2015, the Federal Customs Service of Russia took the initiative to streamline the customs clearance for Armenia. The Service, through its regional offices, requested the carriers of goods to pass customs transit procedures in the regions or at the place of registration of the sender of goods. The press service of the Central Customs Administration (CCA) has told RUSARMINFO that such a decision is due to the overload of multilateral checkpoint of North Ossetia, Upper Lars, which, due to geographical location, today is the only corridor for goods transported to Armenia and back. The recommendation of the Russian Customs to open points of passage for customs transit procedures in the field of loading goods suggests to speed up the passage of goods through Upper Lars: after the declaration and payment of fees in place, the tracks will not have to draw up and submit the relevant documents on the border. 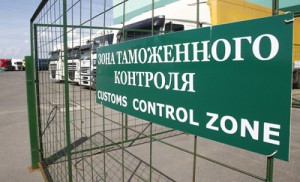 According to the press service of the CCA, the procedure of customs transit may hold each regional customs office, with the exception of those positions that have exclusive jurisdiction for some goods.

Note: According to an analysis by the Federal Customs Service of Russia, in the first half of 2015 more than 80% of goods within the Union passed through the Upper Lars checkpoint, which is 3 times higher than the rate of cross-border checkpoint.