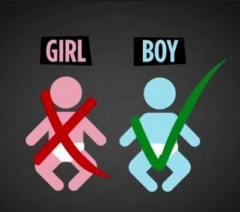 According to the recent UN studies, in relation to one Armenian family that wants to give birth to a daughter, there are 6 families who want a son. In practice, the boys in Armenia are born more than girls: 100 girls in relation to 114 boys, while the ratio considered normal is 104/100 boys and girls, respectively.

The mismatch of sexes can lead to serious problems in the social sphere, says Ekaterina Pomerantseva, head of the Russian Lab «Genetics».

«Firstly, it stimulates the growth of aggression and conflict in the society, because it increases the competition for women. Secondly, the situation forces to resort to various assisted reproductive technologies. For example, China has been actively importing donor eggs. And all is done to have a baby of their genotype. It is unlikely that Armenia will be able to work around this problem,»- said Ekaterina Pomerantseva in her interview to RUSARMINFO.

To achieve the result — the birth of a boy, and therefore, to prevent the birth of girls, families often resort to abortion. According to a UNFPA study, if selective abortions don’t decrease, then by 2060 Armenia may lose 93 thousand potential mothers, and the country’s population will shrink by 80 thousand people. 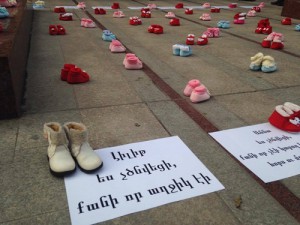 The society should create such conditions that both sexes will be considered equally valuable. In Russia, Europe and the Western countries there’s no such a problem, says Ekaterina Pomerantseva.

«In these countries, the sex selection may be due to the type of “family balance”. When a family, having only girls, wants a son, and vice versa. According to the statistics, in the end, it does not lead to the preponderance of one sex over the other,» mentioned the geneticist.