No electricity protest, no auditor: ‘Electric Networks of Armenia’ joins the quest

«Electric Networks of Armenia» has officially announced about the search of an auditor. The open tender for the audit of costs and audit of compliance and implementation of agreed pr 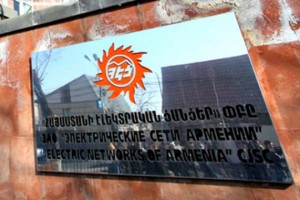 ocedures for 2009-2014 will be conducted in the company in accordance with the terms of reference developed by the ENA. The audit will be performed under the control of ENA and the ministries of the two countries: the Ministry of Energy and Natural Resources of Armenia and the Russian Ministry of Energy. The Armenian and Russian sides have worked together over the development of the terms of reference for two months, in her interview to RUSARMINFO has said Natalya Sarjanyan, the ENA official representative, stressing that the competition for the audit is announced on the basis of this document. The representative of the company has said that initially the planned audit of «Electric Networks of Armenia» was divided into two parts — the audit of the company and the consulting support of PSRC in regulating the issues of tariffs in the energy sector. It’s worth mentioning that on August 13 Prime Minister Hovik Abrahamyan announced about the selection of the «Deloitte & Touche CIS» company for the provision of consulting support to PSRC on this issue. 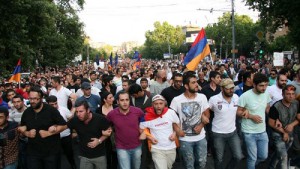 Background information: The decision to increase from August 1 the electricity rates by 16% in Armenia provoked mass protests. The situation changed after the Armenian authorities proposed to conduct an independent audit of «Armenian electricity networks» (a subsidiary of INTER RAO) to ascertain the validity of the tariff increase and promised to compensate the population for part of the increased electricity tariff. The promised subsidies will be carried out by the funds from the sale of the Vorotan cascade HPP.