A transport collapse on the Upper Lars: the Customs impedes fruit and vegetables import from Armenia 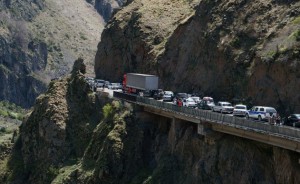 The area of ​​border crossing point of Upper Lars is stuck in a massive traffic jam. About 150 heavy trucks from Armenia are in line for the transit custom clearance. The convoys from Armenia are forced to stand on the outskirts of the Russian customs for 6-8 days, in his interview to RUSARMI 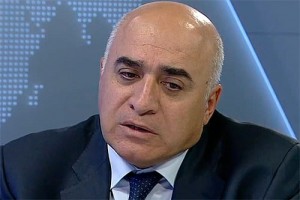 NFO has told Arsen Ghazaryan, Chairman of the Union of Industrialists and Entrepreneurs. «This is linked to a very high cost, there’re high risks of losing contracts and spoilage of fruits and vegetables.» The traffic jams are formed on both sides: in Georgia and Russia, says Ghazaryan. «As a result of joining the single economic union, the imports from Russia to Armenia have considerably increased. And in this situation, like the Armenian exporters, the Russians as well suffer from large losses.» According to Ghazaryan, the cause of the jam is explained by the slow and incompetent work of employees of the Russian customs. «This problem is not related to the technical regulations and customs procedures, the reason is the inefficient computer software applied in the Russian customs and th 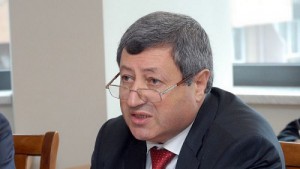 e slow work of employees.» In his turn, Vazgen Safaryan, Chairman of the Producers’ Union of Armenia, has told the RUSARMINFO reporter that nowadays the tendency of reduction of the overall volume of exports from Armenia to Russia can be clearly observed. The reason is the devaluation of the Russian ruble. «If two years ago, our exports amounted to 334 million rubles, over the past 6-7 months, the amount has been reduced to 5-6 million.» Note: According to the National Statistical Service, Armenia’s foreign trade turnover in 7 months of 2015 has reached $ 2.657 billion, a decrease of 19.9% ​​compared to the same period of 2014.