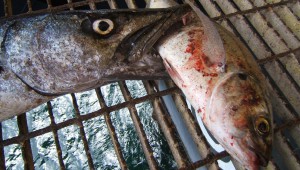 Russian Rosselkhoznadzor seized at the Sochi airport 200 kg of sturgeon, imported from Armenia by the «Ararat trout» company. The detained fish was burned.

In her interview to RUSARMINFO, Victoria Kokosyan, deputy head of border veterinary inspection at the RF state border and transport department of Rosselkhoznadzor of the Republic of Adygea, the Krasnodar region, has reported that the reason for the detention of sturgeon was the absence of certification documents among the Armenian company, allowing the import of goods into Russia. Besides, the company isn’t included in the Rosselkhoznadzor register of enterprises.

The RUSARMINFO interviewee has explained that the representative of the sturgeon supplier filed a request to destroy the product. Burning at the site as a way to destroy has been chosen because the only recycling facility is far from Sochi, and the sturgeon removal to that destination was inappropriate.

Note: As a result of Armenia’s membership in the Eurasian Economic Union, the products subjected to veterinary inspection can be imported into Russia only by those enterprises that are included in the Rosselkhoznadzor register. To be included in the register, the enterprises should submit their applications to the Ministry of Economy.