Главная / Без рубрики / The circulation of money in the nature of Armenia: the population to reimburse for the public expenditures

The circulation of money in the nature of Armenia: the population to reimburse for the public expenditures 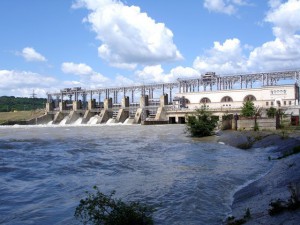 The Armenian government has already decided by what means it will compensate for the temporary storage of the old electricity tariff. According to the newspaper «Haykakan Zhamanak», for this purpose it will use the finances from the sale of Vorotan cascade.

Prior to the audit completion scheduled for «Electric Networks of Armenia» the government will pay extra 7 AMD per kW / h: in total, about 2.5 — 3 bln. drams (about $ 6 million). In his interview to RUSARMINFO economist Vahagn Khachatryan says that from the outset it has been clear that the increase in tariffs will be compensated by the citizens of Armenia, and there’s no need to be surprised at this. «The government has decided to pay, so in any case it must pay this amount, and the only source is the state budget. I see no difference in whether or not these payments are made from the funds received from the sale of Vorotan hydropower, or directly from the collected taxes: in any case, the money goes from the pocket of the population,» mentions the expert. 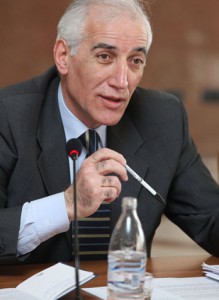 Khachatryan believes that the only correct solution to the problem would be the abolition of the decision to raise tariffs.

The decision of the Commission on regulation of public services to increase from August 1 the electricity prices by 16% provoked protests kicked off in Yerevan on June 19. On the evening of June 22, a procession was organized to the presidential residence through Baghramyan Avenue. On the morning of June 23, the police used special equipment and dispersed the demonstrators. More than two hundred people, including journalists, were taken to the police station, 25 people sought medical help. The intensity of protests decreased after the government proposed to conduct an audit in «Armenian Electricity Networks» (the subsidiary of the Russian INTER RAO). Commenting on the sale of Vorotan hydropower plant, Vahagn Khachatryan notes that it was carried out illegally. «According to the legislation of Armenia, in the case of privatization, the state-owned property shall be included in the special list of privatized objects. Vorotan HPP was not on the list. To circumvent the law, it was invented the wording that not HPP, but its property is sold, » says the economist. Khachatryan also notes that he sees no point in the selling of Vorotan HPP, since this object has always stood out for its productivity and profitability. In addition, the international organizations occasionally provided funds at low interest rates for the modernization of the activities of the hydroelectric power plant.

Recall that in 2015 the Armenian government and American company Contour Global Hydro Cascade signed an agreement for the sale of 100% of shares of «Vorotan cascade» for $ 180 million. The new owner in the next six years pledged to invest about $ 70 million in the repairing and improvement of the hydropower cascade. The Commission on Regulation of Public Services of Armenia approved the tariff plan, under which the company intends to work in the next 25 years.

According to Vahagn Khachatryan, the company Contour Global Hydro Cascade (the new owner of Vorotan cascade) is directly connected with the Armenian authorities: «According to our information, this company had no funds to buy Vorotan hydroelectric power station and for the transaction, the company had to get credit in one of Armenia banks,» says Vahagn Khachatryan. Recall that the JSC «Vorotan Hydroelectric Power Stations Complex» consists of three located on the Vorotan River and its tributaries hydropower plants: Tatev, Shamb and Spandaryan.