Syria to join the EEU

The negotiations on the possibility to join the Eurasian Economic Union and free custom zone is in the process between Russia and Syria. On this occasion, Prime Minister of Syria, Wael al-Khalq in an interview to “RIA Novosti” said that accession to the EEU would strengthen the relations of the republic with friendly states and facilitate economic and trade cooperation with them.

Natalya Ulchenko, Senior Researcher at the Center for the Study of the Middle East of the Institute of Oriental Studies, Russian Academy of Sciences, believes that the accession of Syria to the EEU may adversely affect the other member countries of the Eurasian Union.

«I think that the membership of such unions must have a minimum criterion for the stability of an applicant for the accession to the EAEC. Syria is not a complying candidate, although perhaps the Eurasian Union will help the country to become a more stable state. But, not from the point of view of those countries that have already entered into an alliance, and which have a more or less dynamic economy»,-says Ulchenko.

In an interview to RUSARMINFO the opposite point of view has expressed Boris Dolgov, PhD in historical sciences, Senior Researcher at the Center for Arab and Islamic Studies at the Institute of Oriental Studies, Russian Academy of Sciences. He believes that the accession of Syria to the EEU will have a positive impact not only on the development of Syria, but also on the other member states in the Eurasian Union. Syria, according to the expert, despite all the difficulties associated with the internal conflict, has an enough mobile economy. 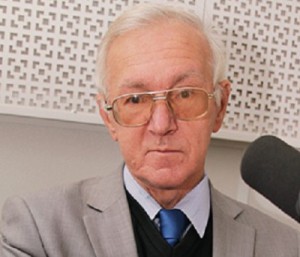 «I have repeatedly been in Syria, the economy, in fact, is characterized by mobility, a lot is produced in the country: the food, light industry; Syria also has rich natural resources,» assumes the expert. It should be noted that to date between Moscow and Syria have been signed a number of agreements for the construction of gas processing plants, irrigation facilities and power substations. Also in 2013, an agreement was signed for the development of the oil fields on the Syrian coast by the Russian partners. The amount of the first phase of the agreement is $ 88 million for the coming five years. During this time should be made all the reconnaissance work and obtained the necessary permits for the following proceedings.