Three days to think: Armenia complicates the procedure of abortion

By the number of artificial abortions based the child’s sex Armenia ranks third in the world after China and Azerbaijan, one place ahead of Georgia. The Ministry of Health of Armenia together with a number of NGOs has developed a new draft law that calls to prevent selective abortions. According to Gayane Avagyan, head of maternal and reproductive health, the RA Ministry of Health, the proposal has already been sent to the Parliament of Armenia. According to the initiative of doctors, the procedure for termination of pregnancy should become more complicated: a woman can terminate a pregnancy up to 12 weeks 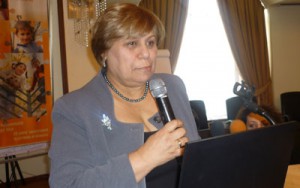 of life, but she is obliged to coordinate her decision with family members and give written notice of her intention to the Ministry of Health. Although, even then the doctor has no right to conduct the abortion and is obliged to send her home to do some thinking.

«It does not matter for what reason it has been decided to have an abortion, she will be given a period of time — three calendar days for reflection. This is to ensure that she has thought once again about her intentions,» says Avagyan. 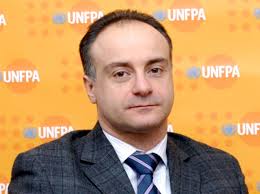 apetyan, head of the Armenian representation of the UN Population Fund, notes that Armenia is one of the few countries in the world where the problem of selective abortion is discussed at the public level. «The Armenian society considers the baby-boy as an heir, successor of family, defender,» says the UN representative. This is mostly due to the preferences of parents over the sex of their unborn child. Psychologist Irina Maliborskaya in her interview to “RUSARMINFO” says that the right to break the stereotype is almost impossible, it is based on thousands of years of history. » The environment in which a person lives is very important. If he is settled in his own culture, then convincing him will be hard, he will be under the constant influence on the part of society. And that pressure in any case will suppress his primary urges. If the person lives in the western culture, it is much easier to convince him.»

According to Larissa Badishyan, an obstetrician-gynecologist, this problem possesses a major threat to the demographic. The bills relating to abortion, should be taken carefully, considering all the «pros» and «cons». «I, like any other doctor, don’t support abortion. I sign the relevant documents only if there are necessary medical reasons. In Armenian families, unfortunately, it’s very difficult to break this stereotype. It all depends on the level of human development, his overview and, for the most part, on the society in which he lives,» stressed Badishyan.

A total ban of abortion, according to the doctor, is also a fraught with negative consequences: this will increase the number of «clandestine abortions.» «As a result, we are faced with big problems: infertility, severe illness, and of course, increased mortality among women,» says Larissa Badishyan.

For comparison: in Russia, according to the Social Insurance Fund of the Russian Federation, there are 95 newborn girls in comparison to 100 baby-boys, in Armenia, the Ministry of Health has recorded the birth of 113 boys in comparison to 100 newborn girls. The average rate is the ratio of 105-106 boys to 100 girls. A significant difference in the sex ratio of newborns in Armenian in the opinion of experts is the result of selective abortion. They estimate that up to 2060 in Armenia may not be born about 93 thousand future mothers.