Главная / Без рубрики / Statistics: prices are mounting, and Armenians are leaving the country

Statistics: prices are mounting, and Armenians are leaving the country

According to official data of the International Organization for Food and Agriculture, in May of this year, compared to the same period of the last year, the international food prices fell by 20.7%. 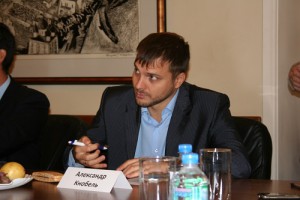 However, according to the published reports of the National Statistical Service of Armenia, in the same period compared to the last year, the prices of food products in Armenia rose by 4.7%. Alexander Knobel, Head of the Laboratory of International Trade/Institute for Economic Policy named after Gaidar/, in his interview to the “RUSARMINFO” mentions that the relationship between the internal and external food prices depends on the exchange rate and restrictions on trade. The expert also believes that the cost of food products is affected by Armenia’s accession into Customs Union, resulting in the increase of the rates on the import of goods from abroad. 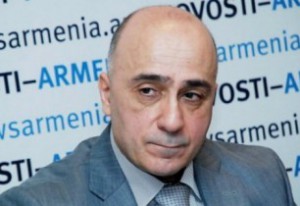 The cause of this situation, according to Armenian experts, is that the basic commodities, including food imports in Armenia are strictly monopolized and therefore healthy logic of the market in the country is not valid. Ashot Tavadyan, Head of the Group on the integration processes of Armenia, doctor of economy, believes that the change of world prices doesn’t affect the domestic market in Armenia because of the high monopolization of the Armenian economy and the reluctance to lose possible profits for the monopolists. It is also noteworthy that along with the increase in food prices in Armenia the production of bread has been reduced by 1.8%, and the salt consumption has decreased by 13.2%. Since these products are known to be used in every family, a reduction in consumption indirectly indicates the reduction of the country’s population. The negative statistics prevail in the date of the Armenian Zvartnots and Shirak airports, according to which, within 6 months of 2015 from Armenia flew 355 thousand and 435 Armenian citizens, only 309 thousand and 963 people returned. The difference is 45 thousand and 477 people, who with a certain degree of probability may be included in the categories of immigrants. 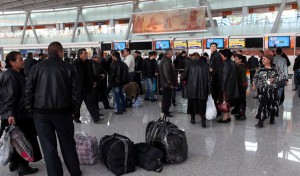 The official data of the National Statistical Service (NSS) of Armenia fixed a much smaller number of outflow of citizens, but in comparative dynamics indicate an increase in the number of Armenian citizens who have left the country with a view to long-term stay in a foreign country. According to the NSS in Armenia, in 2014 47 thousand citizens did not return to their homeland, and in 2013 their number was 42 thousand of Armenian citizens.

It should be noted that a significant portion of citizens leaving Armenia find shelter in the territory of the Russian Federation. According to statistics from the Federal Migration Service of Russia, as of July 2, 2015 in Russia there are 532 thousand and 299 Armenian citizens, of whom 368 500 — male and 164,000 — women .However, the statistics did not specify how many Armenian citizens out of this number are migrant workers and sooner or later will return home, and how big is the number of citizens with long-term plans to stay in the territory of the Russian Federation.