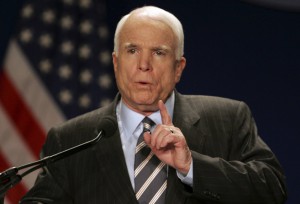 «Azerbaijan will be Putin’s next target,» declared U.S. Senator John McCain, speaking at the GLOBSEC 2015 forum in Bratislava. «The situation with Armenia is clear — it is completely dependent on Russia. As for Azerbaijan, it has to be noted that this country is Putin’s next target, and we’re expecting this, » said the senator. Yevgeny Satanovsky, Middle East Institute President, has commented on the Senator McCain’s statement upon the “RUSARMINFO” request.  In his opinion, the task of the U.S. politicians is to damage relations between Russia and the highest number of countries, including the post-Soviet space. 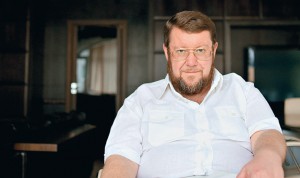 «The problem of interpretation of Senator McCain’s words, a former US presidential candidate, is that he survived the bailout and, as it’s observed, he suffers from severe concussions. In addition to the bailout, if you take into account the Vietnam prison period of his biography, then all these make him a less adequate man. It’s meaningless to pay attention to the words of the senator, who managed to take a picture with the current leader of the Islamic terrorist organization Abu Bakr al-Baghdadi, and who was introduced to him as a fighter for democracy and freedom in Syria,» said Satanovsky. «We’re not offended by an old grandfather’s cousin who has gone mad.  The anility should be respected in all its qualities, regretting that sometimes it is very sadly displayed. Well, is it worth paying attention to Senator McCain and being offended because of the other type of nonsense said by him ?» questioned Yevgeny Satanovsky.