Opinion: “Erdogan’s meetings with Aliyev exacerbate the situation in Nagorno-Karabakh” 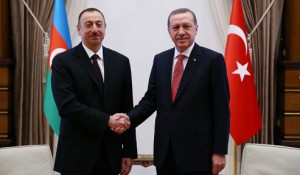 On April 26, President Recep Tayyip Erdogan paid a working visit to Azerbaijan, where he was received by Azerbaijani President Ilham Aliyev. At the meeting, the sides expressed satisfaction with the successful development of friendly and fraternal relations based on the strategic partnership between the two countries in all fields.

Recep Tayyip Erdogan’s visit to Baku directly affects the deterioration of the situation in Nagorno-Karabakh, — says Sergey Balmasov, member of the Russian International Affairs Council and expert at the Institute of Middle East. 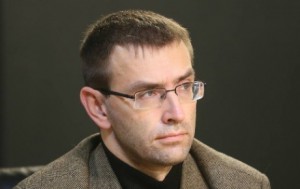 “Just look at the reaction of the Azerbaijani society on this visit to see the warlike attitude of Azerbaijan and its confidence in the Turkish support. This is evident even in spite of the fact that Erdogan in his speech did not touch the issue of the Karabakh conflict,” told RUSARMINFO Sergey Balmasov.

But to maintain its strategic ally, it’s not necessarily to speak publicly about it, explains the expert.

“All serious issues are resolved without cameras and journalists. Undoubtedly, the situation worsening plans in Karabakh were discussed during the tete-a-tete meeting between Ilham Aliyev and Recep Erdogan,” said Sergey Balmasov. 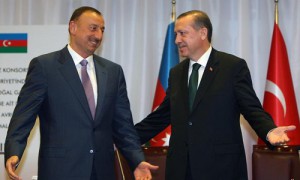 The expert assures that the increase in tensions in Nagorno-Karabakh is in the interests of Ankara, which thus puts pressure on Moscow, inviting her to non-public negotiations.

This is the forth meeting of the Presidents of Turkey and Azerbaijan this year. After each of the meetings the situation in the Karabakh conflict zone heats up dramatically. The Russian leadership has repeatedly stated about Turkey’s involvement in the Karabakh conflict exacerbation. In particular, Russian Foreign Minister Sergey Lavrov during his last visit to Yerevan stressed that “Turkey’s policy is aimed at war, but not peace in Nagorno-Karabakh”.