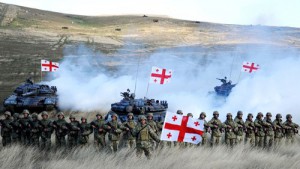 Turkish Foreign Minister Mevlut Cavusoglu, talking to Georgian journalists in Strasbourg, has stressed that he intends to raise the issue of Georgia’s accession to NATO under the accelerated procedure. “Georgia can join NATO without going through the Programme of Action for membership in the alliance. Technically, it is quite feasible. We fully support Georgia’s accession to NATO, and I will put this question at the forthcoming NATO meeting in May,” mentioned the Turkish Foreign Minister. This is an anti-Russian step by Turkey in the framework of the ongoing Russian-Turkish confrontation, — says Mikhayil Alexandrov, leading expert at the Center for Military-Political Studies, MGIMO, doctor of political science. 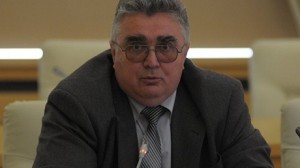 “Turkey’s attempts to speed up the process of Georgia’s membership in NATO will not end successfully, NATO members will not support such an initiative, but the very posing of this question is an open anti-Russian policy,” told RUSARMINFO Mikhayil Alexandrov. According to the expert, Ankara continues to hit Moscow in the Caucasus, strongly encouraging Baku to start a war in Nagorno-Karabakh, and now trying to drag Georgia into the Russian-Turkish conflict, the answer to that will be South Ossetia’s inclusion into Russia. In 2006, the Georgian parliament unanimously voted for Georgia’s integration into NATO. In 2008, Georgia simultaneously with the presidential elections held a referendum, according to the results of which 77 percent of Georgian constituencies voted in favor of Georgia’s accession to NATO.