Chronicle of hostilities in Nagorno-Karabakh 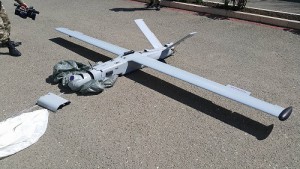 The first photo of the Azerbaijani unmanned aerial vehicle, shot down by the Defense Army of the Nagorno-Karabakh Republic (NKR), is published. RUSARMINFO sources report that the drone carried out reconnaissance in parallel to the assault of the Armed Forces of Azerbaijan, and consequently was knocked down. The agency has also received information about the downed helicopter and destroyed Azerbaijani reconnaissance-subversive group that penetrated into the territory of the NKR, near the village of Leonarkh. 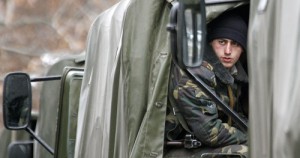 The most intense clashes are taking place in the area of ​​human settlements of Hadrut and Martakert: here three tanks of Azerbaijani Armed Forces were destroyed, according to the information received from the combat zone at 12.30, Moscow time. The NKR Defense Army shot down an Azerbaijani military helicopter, earlier it was reported about another downed helicopter of the Azerbaijani Air Force in the territory of Nagorno-Karabakh. The large-scale offensive of the Armed Forces of Azerbaijan in the territory of NKR began on the night of April 1-2. The invasion of Azerbaijani Armed Forces was accompanied by massive artillery fire on the forward and rear positions of the NKR Defense Army, as well as nearby communities. As a result, one civilian was killed, three — wounded. The Armenian side confirmed the information about the death of Vaghinak Grigoryan (born in 2004): the 12-year-old child was killed in Azeri Grad shelling. 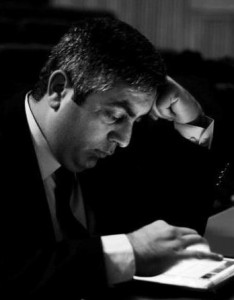 Spokesman of the Ministry of Defense of Armenia Artsrun Hovhannisyan on his Facebook page reported that “as a result of active operations, enemy retreated with a large number of casualties in the contact line”. The military operations are ongoing. The RA Ministry of Defense officially expressed severe condemnation of the unprecedented aggressive and irresponsible decision made by the Azerbaijani authorities and officially stated that their continuation could lead to unpredictable consequences for the Azeri side. The Defense Ministry stressed that “the entire responsibility for the unprecedented tension on the contact line of the Karabakh-Azerbaijani forces lies with the authorities of Azerbaijan”. Concerns about the resumption of hostilities in Nagorno Karabakh have been already stated by Russian President Vladimir Putin. Russian Foreign Ministry reports that they have already started consultations with their partners in the OSCE Minsk Group on the situation in Nagorno-Karabakh.