To pacify the enemy: Russian anti-aircraft gunners in Armenia learn to use S-300 systems 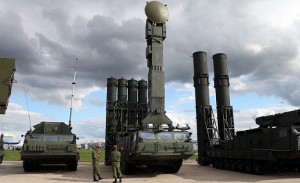 The anti-aircraft gunners of the Southern Military District (SMD) have started their trainings on the S-300 anti-aircraft missile systems and “Shilka” self-propelled anti-aircraft weapons in Armenia. “Within a month the military air defense units will participate in these trainings on a high site of “Kamkhud”, at the height of more than 1.5 thousand meters above sea level, using the S-300 anti-aircraft missile systems and “Shilka” self-propelled anti-aircraft weapons,” reports the SMD press-service. In the scopes of the trainings the military units will pass firing and tactical sessions, will learn to drive military vehicles in adverse climatic conditions, as well as in the conditions of mining and rocky terrain. In the course of practical training aircraft gunners will reflect single and group air targets of the imaginary enemy. It is a full-time training schedule: coagulation systems, their deployment on military training ground, a course of combat training of military personnel, checks of military equipment, — says Mikhayil Khodaryonok, chief editor of the “Aerospace Defense” journal. “The exercises with live firing of the S-300 can be performed only on Ashuluk range (Astrakhan region). It’s possible to find a place in the territory of Armenia in terms of “Shilka” live firing, but the exercises with live firing of the S-300 require special military training grounds, which don’t exist Armenia,” told RUSARMINFO Mikhayil Khodaryonok. 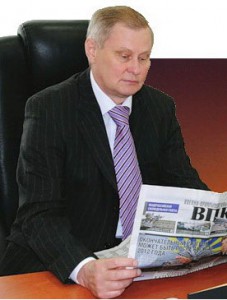 Nevertheless, all kind of military exercises always have a political dimension. According to the military expert, in this case Russia demonstrates the neighboring countries and opponents that the Russian military forces serve their intended purpose and, if necessary, they will join the battle. “It is possible that the trainings are intended to reduce the escalation in the conflict zone. In connection with the recent tense situation on the contact line between the Armenian and Azerbaijani troops, Moscow shows that it is not necessary to escalate the situation and bring the case before the war,” noted Khodaryonok. The Russian 102nd Military Base in Armenia is one of the four Russian military bases abroad. The number of military personal is about 5 thousand people. The base was established in accordance with the Treaty on the legal status of the Russian armed forces in the territory of Armenia (1992), and the Treaty on the Russian military base on the territory of the Republic of Armenia (1995). The Treaty on the functioning of the base was extended until 2044. The agreement also indicates the expansion of its geographic and strategic responsibility. The base is equipped with S-300 systems and MiG-29 fighters.