Opinion: “It’s positive that Putin talked about problems between Moscow and Yerevan” 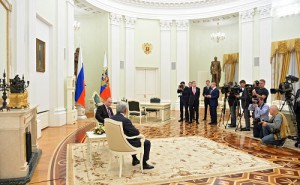 On March 10, President of Russia Vladimir Putin and President of Armenia Serzh Sargsyan held a bilateral meeting in Moscow, during which they discussed the key topics of Russian-Armenian cooperation, prospects of development of integration processes in the Eurasian space, and the issues of Nagorno-Karabakh settlement.

“Indeed, our relations are of strategic partnership. I am very pleased to say that our relations are developing successfully. Of course, there are problems of an objective nature, I mean, primarily, the economic cooperation,” said Vladimir Putin.

“Of course, we are concerned by the situation in the neighboring regions of the CSTO responsibility zone. And as during the December session and in my other speeches, I once again loudly proclaim that we strongly support Russia’s position on the Syrian issue,” declared Serzh Sargsyan. 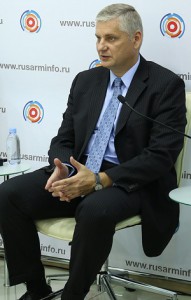 The main outcome of the meeting between the presidents is the confirmation of the strategic partnership between Armenia and Russia, as well as “the approximation of positions” of the heads of states, — says Sergey Markedonov, Professor of the Department of regional studies and foreign policy of the Russian State University for the Humanities.

“The last visit of Serzh Sargsyan to Moscow was last year in September, when the confrontation between Turkey and Russia hadn’t started yet, so this question, as well as the Karabakh conflict were at the centre of their attention,” told RUSARMINFO Sergey Markedonov.

According to the expert, the two presidents discussed also the internal political issues in Armenia, and Moscow expressed its position on them. But behind the scenes, the presidents talked as well about the military-technical cooperation between Moscow and Baku, as this is a quite problematic issue.

“Moscow’s position on the importance of cooperation with Azerbaijan was voiced, though this does not mean the reorientation of Moscow towards Baku. It’s also very important that President Putin outlined the problems in the Armenian-Russian cooperation. It is impermissible to transform bilateral relations of the allies into solid toasts. It is better to identify and solve problems until they have not acquired additional difficulties,” said Sergey Markedonov.

Yesterday’s meeting between the two presidents was the first one in 2016. Within the framework of his Moscow trip, Serzh Sargsyan also visited the exhibition “Armenia: Legend of being” at the State Historical Museum and the International Chess Tournament in Moscow.