Sergey Mikheyev: «Mogherini hints at internal disturbances against the Armenian authorities provoked by the EU» 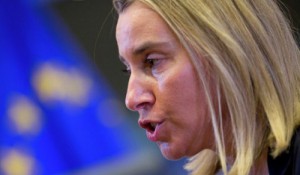 “The message I will take with me to Yerevan is simple: let us build on the momentum we have gained over the past year and jointly shape a positive agenda for our future cooperation with our mutual interests firmly in mind,” stated High Representative of the European Union on Foreign Affairs and Security Policy Federica Mogherini on the eve of her official visit to Yerevan.

All EU initiatives are aimed at maximum distancing the former Soviet Union republics from Russia, and for this purpose Federica Mogherini is travelling to Armenia, says Sergey Mikheyev, head of the Institute of Caspian Cooperation. 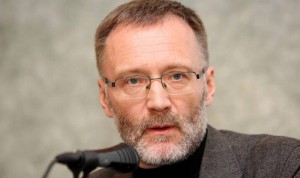 “Mogherini drops a hint to the Armenian authorities, meaning that the EU is ready to provoke internal political unrests, thus blackmailing the country’s leadership. In addition, Mogherini may hold meetings with representatives of the opposition. In this case, the EU will demonstrate its flexibility, not hiding that they will try to bring to power more loyal politicians,” told RUSARMINFO Sergey Mikheyev.

According to the expert, Baku and Yerevan are in the EU focus in the context of the Middle East crisis, and not by chance the EU security representative Federica Mogherini has chosen Armenia and Azerbaijan out of the six member countries of the “Eastern Partnership”. These two countries, according to him, play an important role in the current policy of the Turkish authorities.