Главная / Без рубрики / New highway: from Armenia to Iraq through lair of terrorists

New highway: from Armenia to Iraq through lair of terrorists 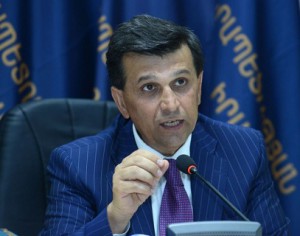 In a meeting with Iranian Ambassador to Armenia Seyed Kazem Sajjad and Embassy Counselor Sopani Sar, Minister of Territorial Administration and Emergency Situations of Armenia Armen Yeritsyan said that the construction of the Iraq-Iran-Armenia highway was under the discussions. Ambassador Sayed Kazem Sajjad confirmed this information, noting Iran’s readiness to deepen cooperation with Armenia in all spheres. The initiative of Yerevan, Tehran and Baghdad is promising, but in the present conditions it is unrealistic, — says MGIMO senior researcher Leonid Gusev. “The road through the territory of Iraq, passing through the areas controlled by the Kurds may not be safe, especially in such a turbulent time in the Middle East. The construction works will be accompanied by acts of sabotage and attacks by militants. To avoid all this, first it is necessary to control all of these areas and ensure the safety of construction works,” told RUSARMINFO Leonid Gusev. 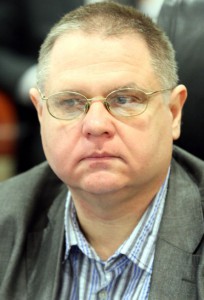 According to the expert, the construction plans, of course, are good, and this road will open up new markets for Armenia, but under these circumstances Yerevan should be limited to the existing transport access to Iraq through Iran and use the current capacity to the maximum. In addition, the safety of road construction can be more expensive than the construction itself, as there will arise the need to involve special military units to ensure the safety of both the road construction and its operation. “The new road has a goal to increase the volume of transportation of Armenian goods to Iran and Iraq, but I do not think that nowadays the potential of existing economic cooperation between these countries is fully realized,” said Leonid Gusev. At a time, when the “Islamic State” (banned on the territory of the Russian Federation) holds strong positions in Syria and Iraq, the new road will be the focus of Islamic militants and terrorists.