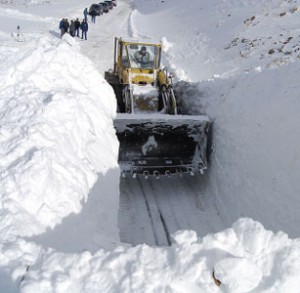 On January 14, the Russian delegation led by Deputy Minister of Transport of the Russian Federation Nikolay Asaul held a retreat on the passage of trucks through the checkpoint “Upper Lars”. The meeting was also attended by the representatives of the Armenian Ministry of Transport under the authority of Deputy Minister Aram Arsenyan. Due to the worsening weather conditions on the territory of Georgia, the movement through the checkpoint of “Lars” has been temporarily suspended. A number of problems in the checkpoint have been also indentified. As a result of the Armenian-Russian delegation checkup, the following issues on the optimization of the «Lars» were raised with the further aim to increase its capacities: the improved interaction with the Border Guard Service of Georgia; introduction of innovative technologies of electronic queue; expansion of the territory at the Georgian checkpoint by the rear terminals. These tasks will soon be resolved, — says Karen Asoyan, Trade Representative of Armenia to the Russian Federation. 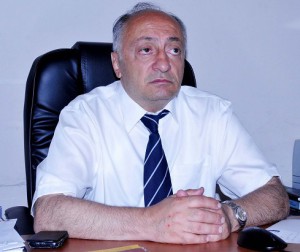 “Last summer, the Armenian-Russian intergovernmental commission decided to increase the capacity of “Lars”. Already there are results. In particular, the Russian side informed us that it has already prepared a separate lane for the passage of transport from the countries of the Eurasian Economic Union,” told RUSARMINFO Karen Asoyan. The separate lane will soon function, after the installation of electronic registration terminals and other equipment; it will allow transport of the countries of the Union much more quickly cross the border, — adds the Armenian Trade Representative in the Russian Federation. “The congestion of “Lars” is caused by the weather conditions. Often there are avalanches. But now, there will be less cars, because less transport will head from Turkey,” concluded Karen Asoyan. The «Lars» checkpoint is the only land route linking Russia and Armenia, through which approximately 80% of goods within the Union is declared.