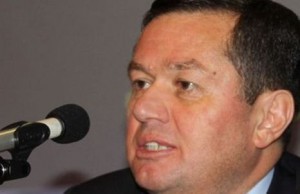 Former MP of the ruling «Justice and Development» party, historian Seyit Sertchelik, who specializes in the Armenian issue, is appointed as the chief adviser in the office of Turkish President, reports Turkish newspaper Sözcü.

This is an ingenious gesture by Erdogan, not likely to involve radical changes and has only a formal character, — says Boris Dolgov, senior researcher at the Center for Arab and Islamic Studies at the Institute of Oriental Studies, the Russian Academy of Sciences.

«On the one hand, his appointment is a gesture by Turkey, showing its willingness to resume the dialogue between Ankara and Moscow. On the other hand, the new adviser will attempt to offer his own vision of the development of relations with Russia, and Armenia, taking into account that he focuses on the Armenian issue,» told RUSARMINFO Boris Dolgov.

According to the expert, the establishment of relations with Armenia, especially in conditions of the Russian-Turkish confrontation is in the interest of Turkey. But the Neo-Ottomanism policy and Armenian Genocide denial will remain important elements of Turkey’s foreign policy.

Note: After the incident with the Russian aircraft and sanctions imposed on Turkey from Russia, hopes for reconciliation with Moscow are low. Moreover, Turkey has stepped up its policy towards the South Caucasus and periodically tries to destabilize the situation in the region, increasing the military cooperation with Azerbaijan.