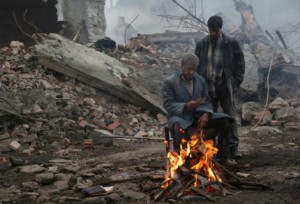 “ProfiCinema” popular Internet portal has published the «twenty» most anticipated Russian movies in 2016. The list of novelties of the Russian box office this year is comprised of “The Story of a Quake” and “The Defenders” movies directed by Sarik Andreasyan. The first film is a “Mars Media Entertainment” project headed by Ruben Dishdishyan. “The Story of a Quake” tells about the tragic events in Armenia in December of 1988, when an earthquake destroyed nearly half of the territory of the republic: the cities of Spitak, Leninakan, Kirovakan and about three hundred settlements were destroyed, more than 25 thousand people — killed.

The second film is a joint project of Sarik Andreasyan and his brother Ghevond. “The Defenders” is dedicated to a team of superheroes, formed in the fifties of the last century, during the Cold War. The Soviet superheroes represent various regions and nationalities of the USSR. Actor Sebastian Sisak-Grigoryan is the hero from the Caucasus in the movie. 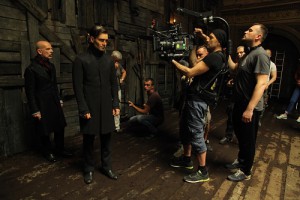 The list also includes two other “Mars Media Entertainment” projects: “The Wings”, a big-budget 3D-project movie, telling of specially trained people, cleansing evil forces from Moscow, directed by Emilys Velivis and produced by Ruben Dishdishyan, Vadim Goryainov, Leonid Yarmolnik, and “How to raise a million: Z@drot Confession”, initiated and produced by Ruben Dishdishyan together with Arsen Melikyan. The film is about how to make money in virtual reality and what it’s worth. The other long-awaited film within the “twenty” list is “The Champions: Faster. Higher. Stronger “, the screenplay is authored by Emil Nikoghosyan and Alexander Markin. The movie tells that unknown episodes of sports career of wrestler Alexander Karelin, gymnast Svetlana Khorkina and swimmer Alexander Popov. ProfCinema is a well-known Internet portal on movies and movie business, posting also analytical articles about the Russian film industry and reporting on major events in the Russian cinema. Each year, the portal publishes the list of the most popular films of Russian cinema.