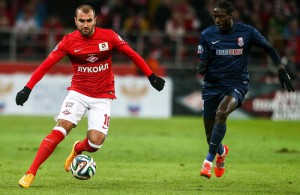 Forward of “Spartak” and the Armenian National Team Yura Movsisyan is close to returning to the American Football League. According to “The Salt Lake Tribune”, “Real Salt Lake» and “Spartak” have agreed on the conditions of transfer of 28-year-old Movsisyan. The player’s agent, Patrick McCabe, has said that the talks between the Russian and American clubs are underway but not yet completed.

This is a joint decision of Yura and “Spartak”. If the football player decides to return to the United States, we can only wish him good luck, — says First deputy chair of the Football Union of Russia Nikita Simonyan.

“Football in the United States is currently developing at a fairly rapid pace, so I do not think this is a step backwards in Movsisyan’s career. This is the case, when the sides are parted on good conditions, and we should thank Movsisyan for the time he spent in Russia,” told RUSARMINFO Nikita Simonyan. 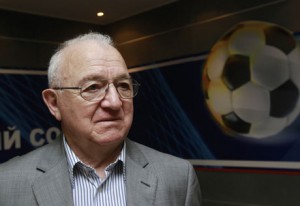 Only Yura Movsisyan himself can answer, why he has not created a bright career in Russia, — noted Nikita Simonyan, stressing that in the last season Movsisyan lacked motivation.

“After the injury the Armenian striker has become unable to secure a place at the core of “Spartak”. No offense to Yura, but I think that probably he himself remains the reason, he has lost his demands on himself. For example, within the last game with «Wings of Soviets», when he was released 30 minutes before the end of the game, he actually played just 5 minutes out of 30,” concluded Nikita Simonyan.

Yura Movsisyan began his career as a professional footballer in 2006 as part of the American Club, “Kansas City”, where he spent 28 games and scored 5 goals. A year later, Movsisyan signed a contract with “Real Salt Lake”. There he spent two seasons scoring in 53 games, 15 goals, and won the Cup MLS. In 2010, Yura Movsisyan defended the colors of the Danish club “Randers”. A year later he moved to Russia, first, to “Krasnodar” club, then to the capital’s “Spartak”.