Russian expert: “Russia is interested in unblocking of Armenia” 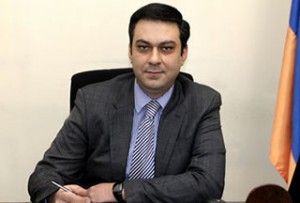 Iran and Armenia are working on a document on legal issues in relation to the Iran – Armenia railway construction, as reported by the First Deputy Minister of Transport and Communication of Armenia, Artur Arakelyan.

The agreement envisages that Iran will begin its part of the road as soon as the Armenian side finds investors for the construction of its section.

The North-South transport corridor from Russia to the Persian Gulf through the Caucasus is actively developing now. The Iran-Armenia railway will be one of the important components of the corridor, which means to overcome the blockade of Armenia, — mentions Leonid Gusyev, Senior researcher at the MGIMO University. 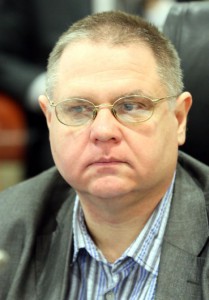 “Armenia from the territory, squeezed between Turkey and Azerbaijan, and dependent on Georgia, will become a country with two outlets to the sea — from the north and from the south,” told RUSARMINFO Leonid Gusyev.

According to the expert, in terms of the strained relations with Turkey and not fully clear position of Azerbaijan in the Russian-Turkish confrontation, Moscow is interested in the development of the Armenian economy and withdrawing of the blockade, occurred as a result of the policy of economic blockade that Baku and Ankara have been implementing since 1991.

Leonid Gusyev assumes that Russia can become an investor of the railway construction between Armenia and Iran.

“This issue will depend on the economic situation in Russia, which has occurred as a result of the sanctions and crisis, but the participation in this project, clearly, is in the interest of Russia,” concluded the expert.

Note: The railway between Armenia and Iran with a length of 500 km is intended to be constructed in 6-7 years. The cost of the project is $ 3.5 billion. As announced by the Prime Minister of Armenia, several Chinese companies have expressed readiness to cover the 60% of this amount. In the scopes of the railway project, it’s planned to build 64 bridges with the length of 19.4 kilometers, 60 tunnels, the length of which will be 102.3 km, and 27 stations. The planned annual volume of freight traffic will be 25 million tons.