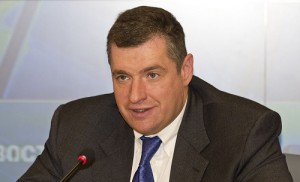 The Chairman of the Russian State Duma Committee on CIS Affairs, Eurasian Integration and Ties with Compatriots, Leonid Slutsky, responding to the RUSARMINFO correspondent at the press conference, held at the “Russia today” agency, commented on the Armenian President’s speech at the CSTO Council in which Serzh Sargsyan clearly represented the situation in the region.

The positions of Russia and Armenia on the involvement of Turkey in the escalation of the Nagorno-Karabakh conflict «significantly» coincide, — stated Leonid Slutsky.

“The Armenian President’s harsh statements, his and many Armenian politicians’ rhetoric against the Turkish policy in the region are in tune with our positions. Today, our positions and assessments significantly coincide,» noted the Russian parliamentarian.

Leonid Slutsky says that if Russia wants to get the support of its allies, then it should weigh, dose the rhetoric on various issues. According to the Russian MP, Russia will not be able to exert pressure on the current leadership of Turkey and influence on the change in the Turkish policy in the South Caucasus.

Note: At the CSTO Collective Security Council session, held on December 21 in Moscow, the Armenian President called on his colleagues to pay attention to the fact of participation of Turkey in the escalation of the conflict in Nagorno-Karabakh, stressing that the shelling of the Armenian positions by Azerbaijan was equivalent to the shelling of Moscow, Minsk, Astana, Dushanbe and Bishkek.