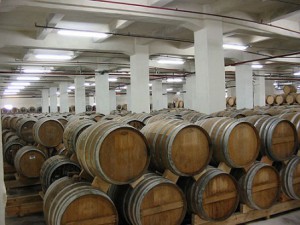 The former Soviet Union national currencies follow each other in the depreciation chain. But the Armenian currency is an exception: last night it even rose to 1.55 AMD against the U.S. dollar.

The AMD is stable, because the prices of basic commodities of Armenian export — cognac, non-ferrous metals, jewelry, haven’t much fallen on the world market, — says Leonid Vardomsky, Head of the Center for Post-Soviet Studies, Institute of Economics of the Russian Academy of Sciences.

«Unlike Russia and Kazakhstan, the instability of the national currencies of which depends on oil prices, Armenia doesn’t have energy exports,» — told RUSARMINFO Leonid Vardomsky.

According to the expert, the fall of AMD, dependent on the Russian ruble, was avoided due to the monetary and exchange rate policy of the Central Bank of Armenia. But the artificial maintenance of the AMD high rate contains serious risks.

«The artificially high rate will lead to the collapse of the economy: the expensive dram prevents exports and stimulates imports, with the result that local production becomes uncompetitive even in the domestic market. In such a situation, the debt of Armenia will grow rapidly,” mentioned Leonid Vardomsky. Based on the economist’s words, Armenia can’t remain long on the side when all the Eurasian Economic Union countries are suffering from the currency depreciation. If not before the New Year, then in 2016 the government of the country will have to reduce the rate of the dram.

Note: The fall in oil prices worldwide has provoked a sharp collapse of the national currencies in all energy exporting countries of the former Soviet Union. Taking into account the February figures, the devaluation of the Azerbaijani manat broke all records, having fallen by 97%. Previously were depreciated Kazakhstani tenge (85%), Belarusian ruble (54%), Ukrainian hryvnia (49%) and Russian ruble (22%).