Главная / Без рубрики / Azerbaijani manat: the most depreciated currency in 2015

Azerbaijani manat: the most depreciated currency in 2015 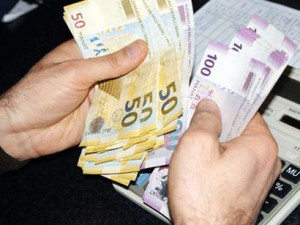 On December 21, the Azerbaijani national currency (manat) was devalued by almost 50%. The Central Bank set the following official rate of the manat: 1 US dollar equals 1.55 manat. Three days before the currency rate was about one manat per dollar. Thus, the Azerbaijani currency immediately devalued by 47.6%. Manat fell solely because of the fact that Azerbaijan’s economy is heavily dependent on exports of energy resources — oil and gas, prices of which on world markets are falling rapidly, — says Aza Mihranyan, Senior fellow of the Institute of Europe of the Russian Academy of Sciences. “The structure of the Azerbaijani economy, largely based on exports of oil, rather than on productive resources, is a key factor affecting the devaluation of the manat. The dependence on the ruble exchange rate is another factor,» told RUSARMINFO Aza Mihranyan. 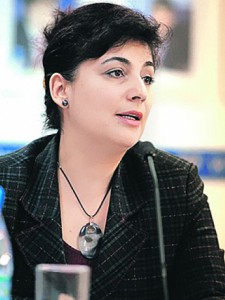 In her opinion, the depreciation of the manat adversely affects the development of the Azerbaijani economy. «The devaluation of the manat is aimed to compensate for the losses from the decline in oil prices, but the incomes of the Azerbaijani population have declined significantly, about twice. Consequently, the solvency has dropped by half,» noted Aza Mihranyan. Note: The Azeri manat has become one of the most depreciated currencies in 2015. Taking into account the devaluation in February, it has comprised 97%. Previously, were depreciated the Kazakhstani tenge (85%), Belarusian ruble (54%), Ukrainian hryvnia (49%) and Russian ruble (22%). The AMD, in contrast to other national currencies, still remains stable.