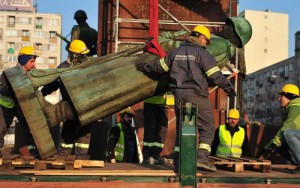 The Embassies of Russia, Armenia, Kazakhstan and Belarus have officially demanded the authorities of Poland to recognize the inviolability of the monuments dedicated to the Soviet soldiers-liberators. Also, the representatives of the four countries have stressed the need to adopt legal measures for desecration of the graves of soldiers. The announcement reflects to the ongoing acts of vandalism in Poland against the Soviet monuments.

Poland, entering into the orbit of the United States, has started the active anti-Russian policy in all its forms since the 90’s, after the collapse of the Soviet Union, — says Russian historian and radio commentator Armen Gasparyan. «By destroying the Soviet monuments, Poland shows absolute contempt of its own past. This is an attempt to forget that, if not the Soviet Army, essentially, we wouldn’t be able to talk today about Poland today,»- mentions Armen Gasparyan in his interview to RUSARMINFO. Today, standing together against the actions of the Poles, Russia, Armenia, Kazakhstan and Belarus show that the Great Patriotic War remains the important part of their national memory. 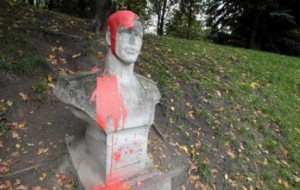 «I hope that such a statement is only the first step in this direction. If this issue is not excluded from the agenda, if it is raised on regular basis, then, sooner or later, Poland will have to answer for those actions,» concludes the historian. Note: In November of 2015, in Poland was dismantled the monument to the Soviet Soldier-Liberator, and later 50 graves of Red Army soldiers were desecrated in the cemetery of Milejczyce, where are buried more than 1,5 thousand Soviet soldiers.