Главная / Без рубрики / Treaty of Kars: Denunciation of Soviet document will be a disaster for Turkey

Treaty of Kars: Denunciation of Soviet document will be a disaster for Turkey 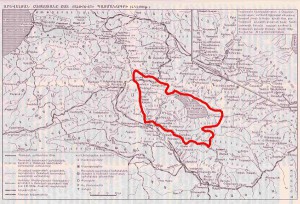 Russia had never paid much attention to the Treaty of Kars, signed between the USSR and Turkey in October of 1921. Only once, in 1943, Joseph Stalin tried to eliminate the Kars agreements, but he met the stiff resistance from the anti-Hitler coalition. The question of a possible denunciation of the Treaty of Kars, hastily concluded as many other international agreements since the establishment of the Soviet regime, has been again raised in the social and political circles of Russia after the introduction of sanctions against Turkey in response to the destruction of the Russian Su-24 plane by the Turkish Air Force.

Ankara does not understand all the complexity of the possible consequences, — says Armen Gasparyan, a Russian radio commentator, historian and publicist. «The denunciation will be a very big geopolitical catastrophe because the Turkish state, in the form in which it exists today, is largely the product of the Treaty of Kars. Ankara is the least prepared for the fact that someone in Russia will start to discuss the possible perspectives of the denunciation,» told RUSARMINFO Armen Gasparyan. The Russian historian thinks that in the line of Turkey’s current behavior, the denunciation of the Treaty of Kars can become a serious subject for discussions in the Russian society. «If this story begins to spin in Russia, I do not exclude that it will become a ticking time bomb. Since 1992, the contract to some extent has been discussed by Georgian politicians. Now, understandably, Russia has started to talk about it,»said Armen Gasparyan. Note: According to the Treaty of Kars, Turkey departed the territory of Armenia with a total area about 30 thousand square kilometers. The document does not have a statute of limitations. Yerevan has not ratified the Treaty of Kars and does not recognize the current border between Turkey and Armenia.