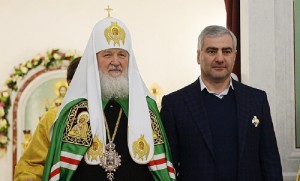 Founder of the «Tashir» Group of Companies Samvel Karapetyan was honored with the Order of St. Daniel of Moscow of the third degree for his high contribution to the construction of the church of Saints Cyril and Methodius on Dubrovka. The award was handled by His Holiness Patriarch of Moscow and All Russia Kirill. The church on Dubrovka is erected on the site of a cultural center, where in 2002 took place a terrible act of terrorism, in memory of 130 innocent victims and their advocates. The construction of the church began on April 29, 2011 and became one of the first in the framework of the program of construction of 200 churches in Moscow under the initiative of the Patriarch, with the participation of the Moscow Government. 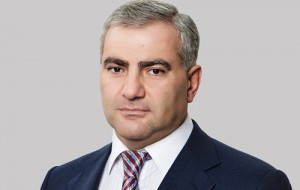 Samvel Karapetyan is the largest Russian businessman actively involved in charity. The owner of “Tashir” Group occupies the 26th place in the list of Forbes Russia. Samvel Karapetyan has sponsored hundreds of charitable projects in Russia and Armenia. In 2012, Karapetyan was honored with the gratitude of President Putin for financing the reconstruction works of the Naval Cathedral in Kronstadt.