Turkish front of NATO and Russian military base in Armenia

NATO will assist its allies, particularly Turkey, in the development of defense systems, as declared by NATO Secretary General Jens Stoltenberg.

Such a statement of the NATO Secretary General is a direct consequence of strengthening of the military positions of Russia in Armenia. Obtaining additional security, Ankara, in its turn, will act regardless of the international law, — says Ajdar Kurtov, chief editor of the RISI «Problems of National Strategy» journal.

«NATO’s actions are intended to ensure the Turkish defense. It’s not a random step by Russia to deploy additional systems of armaments to Armenia to ensure the safety of its military aircrafts over the territory of Syria,» says Ajdar Kurtov in his interview to RUSARMINFO.

However, no one has yet succeeded to scare Russia and strengthening the air defense of Turkey is not that case, — mentions Igor Korotchenko, chief editor of the «National Defense» journal, militrary expert. According to him, Russia will continue to reinforce the military base in Gyumri in future as well. 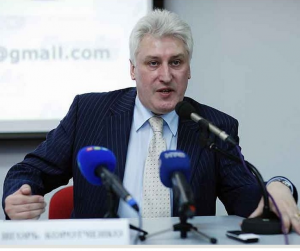 «For us it is now crucial to strengthen the air defense systems of Armenia, our closest strategic ally in the CSTO. In any case, the Russian-Armenian military cooperation will develop. And, first of all, this will involve strengthening the air defense potential of Armenia, in order to enable it to deter potential hostile action by Turkey,»- notes Igor Korotchenko in his interview to RUSARMINFO.

Note: The situation escalated on November 24, when the Turkish Air Force shot down the Russian Su-24 plane. After the incident, Russia expected a formal apology from Turkey, but Ankara said they did not see their fault in the incident.