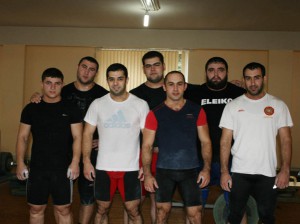 The world championship in weightlifting, held in Houston (United States), came to an end. Head coach of the Armenian national team Pashik Alaverdyan assessed satisfying the performances of the Armenian athletes.

The Armenian team scored 157 points in the team event, taking the 8th place. According to the coach, the weightlifters coped with the task and won 5 trips to the Olympic Games. The small bronze medals were won by Andranik Karapetyan (77 kg), Simon Martirosyan (105 kg) and heavyweight Gor Minasyan. Vanik Avetisyan (69 kg) took the 12th place, heavyweight Ruben Alexanyan took the 8th place.