Prospects of Azerbaijan after Aliyev’s statement on supporting Turkey

«In all matters, both countries have the same positions. We support and will support each other. The relations are developing in all fields, and this visit will play an important role in their development, » said Aliyev.

«Azerbaijan is our soul. We have extensive connections, no other states in the world are as close as Turkey and Azerbaijan ,» said in his response the Prime Minister of Turkey.

The statement by President Ilham Aliyev is an attempt to show his loyalty to Turkey, — says Mikhayil Alexandrov, leading expert of the Center for Military and Political Studies of MGIMO, doctor of political science. 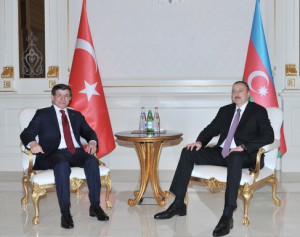 «But it turns out that Azerbaijan is very awkward, because one can not sit on two chairs. They should make a choice. If Azerbaijan moves to the side of Turkey, it can forget about the issue of Nagorno-Karabakh. The very future of Azerbaijan in this case will be fairly vague,» said Mikhayil Alexandrov in his interview to RUSARMINFO.

Note: The visit of the Prime Minister of Turkey to Azerbaijan is the first foreign trip of Ahmet Davutoglu after the parliamentary elections in Turkey.