Главная / Без рубрики / Erdogan’s revenge: discordants to be imprisoned based on article 299 of Turkish Penal Code

Erdogan’s revenge: discordants to be imprisoned based on article 299 of Turkish Penal Code

In Turkey, there is an investigation of the case of 14 people accused of insulting Erdogan, recently recorded by the police during a march organized by the initiative «Education is You» in the Turkish city of Kocaeli. It’s like a limp desire to create a society without the right to their own opinion against the authorities, — says Natalia Ulchenko, a senior fellow at the Center for the study of the Middle East of the Institute of Oriental Studies, the Russian Academy of Sciences. 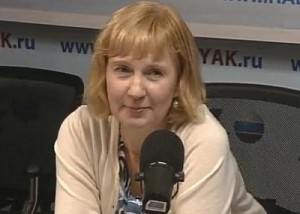 «As president, Erdogan began to act more openly. Before the election, it would be seen as a strengthening of authoritarian tendencies,» Natalia Ulchenko told RUSARMINFO. Nowadays Turkey has barefaced a campaign of severe pressures on the press. Not so long ago, Erdogan publicly accused the chief editor of one of the oldest national Cumhuriyet newspaper in treason and demanded life imprisonment for him. In June of 2015, the Ankara court for insulting Erdogan on Twitter sentenced Bulent Kenesh, chief editor of the Today’s Zaman newspaper, to 21 months imprisonment. In October, the columnist of Sözcü daily was also sentenced to 11 months in prison for insulting Erdogan in his posts, but the court allowed him to pay a fine instead of serving the sentence. Strategically, maybe it is not the right action, but so far, Erdogan has chosen such a tactic: the tactics of intolerance in regards to any criticism against him, — says Natalia Ulchenko. According to the Independent Communications Network, in 2014 in Turkey 22 journalists were imprisoned and 66 for the last 3 years were accused of slandering the current president of Turkey. Almost all were charged under article 299 of Turkish Penal Code, which provides for a penalty of imprisonment of up to 4 years.