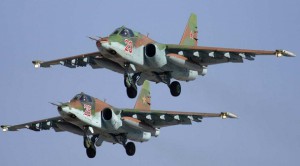 The military operation on liquidation of terrorists in Syria can result in the infiltration of militant groups of the “Islamic state” (the organization prohibited in the territory of the Russian Federation) in the territory of the countries of the South Caucasus, specifically in Armenia. This was announced by Aram Sargsyan, leader of the Democratic party of Armenia, within the framework of the round table in Yerevan with participation of Russian and Armenian political analysts.

The infiltration of militants in the Caucasus is possible, but Armenia is not the place where they will go, — says Russian military expert Vladimir Yevseyev.

They can penetrate into Armenia only via Nakhichevan, using a very narrow section of the border with Turkey, which is controlled by the Turkish authorities. The penetration of militants into the territory of Armenia is possible only in the case that Turkey itself will deliberately send them there, — in his interview to RUSARMINFO has mentioned Vladimir Yevseyev.

According to the expert, in other areas the infiltration of militants in Armenia is not possible, because the border is protected jointly by the Armenian and Russian border troops.

The “story” about the allegedly negative consequences for Armenia in regards to the military operation of the Russian army in Syria is artificially being used to foment political situation inside the country, believes Yevseyev.