Until recently, the entry and stay of vehicles on the territory of the countries of the Eurasian economic union was controlled by the customs. The duration of stay of vehicles in the territory of the EEU was limited to three months and involved the payment of customs duties in excess of their tenure. But the main problem was not a period of stay of the car, but its removal back. Delayed for a day? Pay customs duty, but who knew that it may exceed the cost of the car,… Besides, it was assumed administrative responsibility in accordance with the legislation of the country where the car was declared upon importation. 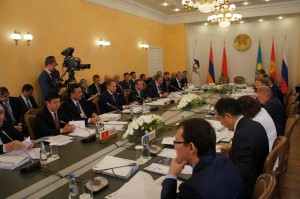 On August 18, 2015 the EEC decided to cancel the binding nature of the establishment of the customs body of the initial period of temporary importation of vehicles. The decision eliminates the need for a «nice» communication with the customs office for prolongation of the term of stay of a vehicle in the country. The press service of the EEC has told RUSARMINFO that this change in the law is related to the increasing practice of litigation, penalty fees, and accounting of the vehicles in the Union. For citizens of the Union the maximum period of stay of vehicles in the territory of the EEU will be six months, for foreign nationals — one year. Besides, the EEC says that within the maximum allowable period, the vehicle can be exported without payment of customs duties, even in case of excess of the originally specified time-period. The change in accounting provisions is applicable also to the vehicles, already exported from the customs territory.