Alexander Gusev: Russia is not going to let Armenia leave the Eurasian Union 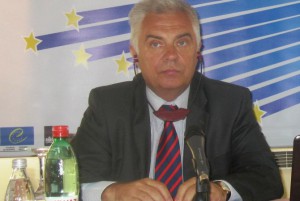 Newly appointed EU delegation representative to Armenia Peter Svitalsky at a meeting with Foreign Minister Edward Nalbandyan said that the negotiations around the new legal document for the cooperation between Armenia and the European Union would begin in the near future, and that would give a new impetus to the bilateral relations.

Despite the crisis and the problem of migrants, the EU does not stop to think about expanding their boundaries, and the integration of the post-Soviet countries of «Eastern Partnership» is not removed from the agenda, so the EU representatives will renovate their activities in Armenia, — says Alexander Gusev, head of the Center for CIS Strategic Development of the Institute of Europe, the Russian Academy of Sciences.

«Despite the fact that Armenia has made the seemingly final choice in favor of the Eurasian Union, the EU leaders do not rule out the possibility of rapprochement with Armenia,»- explains the expert in his interview to RUSARMINFO. According to Gusev, Peter Svitalsky performs a specific task put by the EU, and now it is very important to find the political forces in Armenia, on which the EU can rely on and restore the idea of ​​integration which is losing its popularity. To this end, the EU makes concessions, revising its approaches, taking into account the changed political realities in Armenia, and offers new options and mechanisms for the cooperation, since the old ones are ineffective. 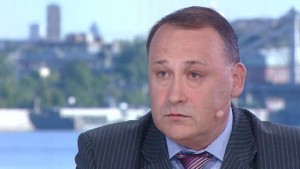 «The EU enjoys the moment when Russia is occupied by many acute problems — the crisis in Syria, the fight against the “Islamic state”. And at this time it is trying to increase its influence in the «pro-Russian» countries. But despite all the difficulties, Russia is not going to let Armenia leave the Eurasian Union,» emphasizes Gusev.

“Eastern Partnership” — a project of the European Union, the primary stated purpose of which is the development of integration ties between the EU and six countries of the former Soviet Union: Ukraine, Moldova, Azerbaijan, Armenia, Georgia and Belarus. Russia fears the program, believing that the project is challenging the Russian interests in the region. According to Russia’s permanent representative to the EU Vladimir Chizhov, EU’s target is to undermine Russia’s geopolitical influence in the Eastern Europe and strengthen the positions of the EU, as well as the final disintegration of the former Soviet Union and the removal of the CIS countries from the influence of Russia.