The maximum term has expired: Levon Hayrapetyan is released from the house arrest 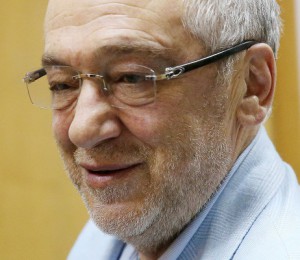 Levon Hayrapetyan, a well-known businessman and defendant in the case of «Bashneft» is released from the house arrest. The preventive measure was changed to on his own recognizance from the Russian Federation. The court took this decision because his maximum period of detention expired on September 15.

Note: The 66-year-old businessman was detained on July 15 of 2014 at the Domodedovo airport on the charges of embezzlement of another’s property. Since September 2014, Hayrapetyan had remained under the house arrest by the second case. He was accused of embezzling 700 thousand dollars, which he, according to the mother of the former senator from Bashkortostan Igor Izmestiev, received as a bribe. The money was supposed to be used for the formation of a positive image of Izmestiev, who is serving a life sentence. The Russian Prosecutor General’s Office did not confirm this indictment and returned the case for additional investigation.