Military expert: Armenia’s presidency will not force CSTO to respond to the aggression of Azerbaijan

In the capital of Tajikistan the Collective Security Treaty Organization completed its session within participation of the leaders of the member-states of the CSTO Council. Following the meeting, it has been stated that in 2016 the presidency of the organization goes to Armenia, it has also been decided that the next session of the CSTO Council will be held in the second half of 2016 in Yerevan.

Armenia’s chairmanship in CSTO does not lead to any significant results for the country, in his interview to RUSARMINFO  military expert and veteran of Intelligence of the Armenian Armed Forces Vladimir Vartanov has stated. 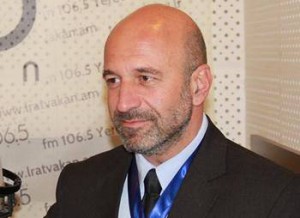 «CSTO is a military alliance serving for the military-political interests of Russia, and therefore, if Moscow does not need a decision in favor of one party or another, then it will not be accepted,”says Vartanov.

CSTO does not respond to the grave violations and shelling of the Armenian settlements in the Armenian-Azerbaijani border, and Armenia’s chairmanship in CSTO probably would allow it to draw attention to this problem. However, according to the expert, in this regard the crucial role is played by Russia, which is not interested in resolving the Karabakh conflict.

«Russia reacts very quickly to the incidents on the Armenian-Turkish border, but the attacks by Azerbaijan on the peaceful settlements of CSTO member Armenia remain unnoticed”, says the expert, further citing the fact of the intervention of CSTO in the tense situation on the Tajik-Afghan border, when CSTO and the Russian Foreign Ministry responded to the violation on the part of Afghanistan. 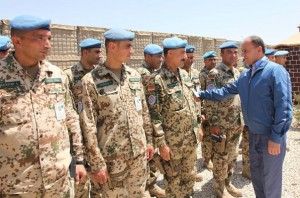 Serzh Sargsyan’s offer to use the training center of peacekeeping brigade of the Armenian Armed Forces as a basis for peacekeeping training in the framework of the CSTO, according to Vartanov, is important to the extent that the Armenian army is an army winner, and instead of sending the troops to pass military exercises in Greece or Cyprus, they can be trained by the efficient army of Armenia.

Vartanov doesn’t rule out the possibility that the peacekeeping forces of the CSTO can be placed near the Armenian-Azerbaijani border. The expert stresses that there’s no need for this, since the Armenian army  has been successfully restraining the Azerbaijani aggression for more than 20 years. However, if the Armenian leadership decides that the placement of the peacekeeping forces will free up some resources and it will accelerate the pace of development of the country, this step should be taken.

Note: The united military structure of six post-Soviet states was established on the basis of the Collective Security Treaty signed on May 15, 1992 by the CIS member countries. After the suspension of Uzbekistan’s membership the CSTO members are Armenia, Belarus, Kazakhstan, Kyrgyzstan, Russia and Tajikistan.