The Crimean head to visit Armenia: the West will make a démarche, but Russia will be pleased 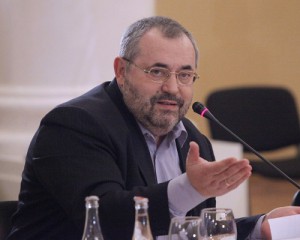 Commenting on the statement by Armenian Deputy Foreign Minister Shavarsh Kocharyan that “Armenia has not forwarded to the head of the Crimea, Sergey Aksyonov, an official invitation to participate in the inter-regional forum”, Boris Nadezhdin, head of the Institute of regional projects and legislation, has said that «the statement of the Armenian Foreign Ministry is not surprising, and the Armenian side will try to present the arrival of Aksyonov in Yerevan as a visit of an ordinary citizen of Russia.» «It is clear that this will cause a negative reaction from the West. The visit of the head of the non recognized territory of Russia will cause protests from the West, but Russia will be satisfied. The Armenian leadership can not refuse such a visit, it is heavily dependent on Russia and ready to receive any guest,» in his interview to RUSARMINFO mentions Nadezhdin. 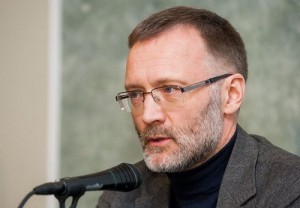 Crimea is a promising platform for Armenian businessmen and such visits can be the beginning of mutually beneficial projects, says Sergey Mikheyev, head of the Institute of Caspian Cooperation. “In the post-Soviet space it has become a bad tradition of constant fear on what the West will say, as if they feed and dress us. Maybe some specific people are fed by them, but in general the West provides no assistance to the post-Soviet countries, particularly Armenia, and it doesn’t intend to do so. The fact that there will be someone to criticize is absolutely inevitable, but as they say, «don’t go into woods, if you are afraid of wolves.» It is impossible to live the life thinking how to please the European or U.S. media, this will turn the whole life into a nightmare,» Sergey Mikheyev told RUSARMINFO. Note: At the meeting of the Crimean government on September 8, the permanent representative of the republic under the Russian President Georgy Muradov told about Sergey Aksyonov’s participation in the inter-regional forum in Yerevan, where the big Crimean stand will be installed.