The economic suicide: Armenia’s monetary policy will lead the country to a standstill

The «stability» of the Armenian dram against the background of the devaluation of the national currencies of almost all post-Soviet states is fraught with irreversible consequences for the Armenian economy. The experts agree that the Armenian authorities’ «obstinacy» to maintain the national currency will result in a suicidal effect. The Armenian dram has been artificially maintained for many years, because of it the entire diamond industry of the country collapsed, and all that is connected with exporting gradually continues 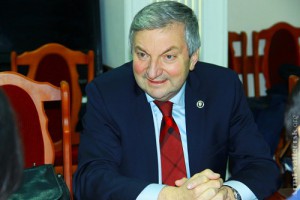 to die, in his interview to RUSARMINFO has said the doctor of economic science, professor, honored economist of Russia Sergey Kalendzhyan. «Instead of becoming an export-oriented country, Armenia has done everything possible to destroy the remains of its industry. Due to the overvaluation of the Armenian dram in the current situation the country can not export anything. The overvaluation of dram is beneficial to those companies that are engaged in the import operations. They earn due to the fact that the people of Armenia receive money from the diaspora and spend it, buying imported goods,» says Sergey Kalendzhyan. The expert believes that the fall of the ruble is not related to the devaluation of the Armenian dram. The main reason for all the economic ills of Armenia is the complete absence of export policy. «At the current AMD rate, especially in the ongoing economic situation, Armenia will lose the Russian market as well,» believes the expert. 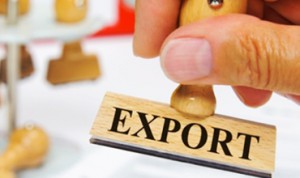 According to Sergey Kalendzhyan, regardless of the political situation in the country, it’s mandatory to understand the realities of the economy. A possible way out of the situation the expert sees in the gradual formation of export-oriented sectors of the Armenian economy. According to Sergey Kalendzhyan’s own observations, the Armenian authorities are still puzzled by the question of creating opportunities for the development of industry in the country. «Russia is overcrowded by refugee  businessmen from Armenia. Most of the products that are considered Armenian and ought to be imported from Armenia, in fact, are produced in Russia,» revealing the secret of abundance of Armenian products on the shelves of Russian stores, says Sergey Kalendzhyan. Note: This year the Armenian currency has lost only 15% in the price, while the fall of the ruble is 46%. According to the forecasts of economists, the devaluation of the Armenian dram is expected this fall.