Nikita Simonyan: the entry refusal into Baku in case of Henrikh Mkhitaryan will be a flagrant violation of the football rules 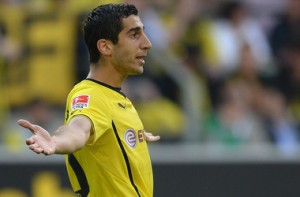 Dortmund «Borussia» midfielder Henrik Mkhitaryan may not be allowed to enter Baku, where on October 23 of 2015, the German team will meet with the Azerbaijani «Gabala» in the scopes of the group stage of the European League. The article with such content has been published on Azerbaijani azerisport.com, stressing that the reason for the refusal of entry for the player of the German team is the fact that the Mkhitaryan has visited Nagorno Karabakh. «If we talk on the sports’ rules, then Azerbaijan should allow the entry of Henrikh Mkhitaryan. If the player is not allowed to participate in the game Gabala — Borussia Dortmund, then either Henrikh Mkhitaryan himself or the football club should apply to the League,” in his interview to RUSARMINFO has said Nikita Simonyan, acting president of Russian Football Union. 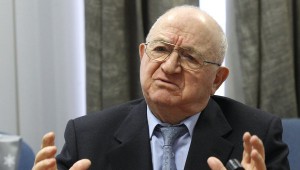 Azerbaijan has no legal grounds to ban Henrikh Mkhitaryan to play for his club in Azerbaijan. If Baku creates obstacles, then it will be a flagrant violation of the rules of football. Banning the entry of Mkhitaryan for this match based on the political reasons is beyond all logic, mentions the head of the RFU. Nikita Simonyan also recalls the practice of UEFA, which sometimes arranges the teams in different groups due to political differences. And if in this case the international organization has allowed to play in the same group Azerbaijani Gabala and German Borussia Dortmund, consisted of the national team player of Armenia, then it’s obliged to ensure Mkhitaryan’s participation in the match in Azerbaijan.